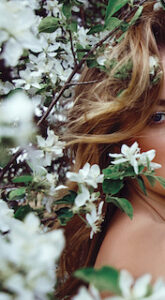 It’s been two years since Torie Francesca Sterne had any work done. She made the mistake of getting comfortable with the body she has but her show ended and now her mother wants her “aged up” for the new “reality” show that’s going to record every moment of her life for the forseeable future, Becoming Victoria.

She’s sixteen. Her body has never been her own. This is no different.

The problem—asides from the painful surgeries, the locks on her door, the way everyone in this town operates? Every time she looks in a mirror, there’s a girl there, telling her what to do, telling her how to feel. And Torie is tired of trying to keep that girl in the mirror in check. After a night in a club where there’s video proof that…something happened, something bad, Torie stops fighting.

She touches the mirror. Palm to palm with the girl there.

That’s when I took over.

Torie might not be strong enough to fight her own battles, but she has me now and I think it’s time for some payback. Oh, her show is all about becoming Victoria—but I don’t think anyone’s ready for the surprise twist ending I’ve got planned.

I am, after all, exactly what they made me.

You look in the mirror.

You know you shouldn’t. Mirrors aren’t your friend. They never have been, but you can’t help yourself. If you could…well, you wouldn’t be here, would you?

But that’s what you are. Helpless. So here you are, locked in your bathroom, staring in the mirror, having a panic attack. It was inevitable.

So look, you fool. This is what you wanted, isn’t it? To see what they’d done this time?

There’s a girl trapped in the mirror, staring right back at you. She’s crying in a camera-acceptable way—or it would be camera-acceptable, if the tears slipping one by one out of her eyes weren’t tracing down over the lingering bruises that darken the swells under her eyes before trailing past the fading yellows and greens around the brand new swells of her pert little button nose.

That’s how Dr. Inman described it when he and your mother chose that nose. “Pert little button nose.” As if there was something wrong with the nose the girl had before?

Or the one before that?

You try, though. You do try. “What…” you say, your voice getting lodged in your throat, sharp and cutting. It echoes around the bathroom. There’s nothing in here to absorb the sound, except for a single hand towel. The rest is white tile, clear glass, black marble. It’s like your mother designed this bathroom to amplify and distort. “What did it look like before?”

Have you forgotten? You have.

The panic claws at your stomach, your empty stomach, a violent angry thing that threatens to turn you inside out and upside down. You have to hold onto the edge of the sink to keep from toppling over.

Because you don’t remember. And you know that your mother will have already removed all photos. She always does. The girl you were before…she’s ceased to exist.

The girl in the mirror—sad and wretched and strange—lifts her fingers to the nose that exists on the face now. She gently presses the pads of the fingertips along the slope of the nose. Is that the pert part? The button part—that’s definitely the end, where the two whole holes still burn with every breath.

You could’ve said no. You could’ve tried to stop them. But you didn’t. All you did was stand there while they discussed that face like you weren’t even in the room.

The girl in the mirror cries harder. Ugly crying, the kind that will leave her eyes puffy and red and her sore nose running. It’s making everything worse. You’ll never be camera-ready at this rate.

You let them do this to you.

That, you can’t forget.

“Torie?” your mother calls. “Where are you, darling? Come, let me have a look at you.”

That girl—useless and ugly no matter what they do to her, she’ll never be pretty enough, good enough, she’ll never be enough—that ugly, useless girl sobs harder because her mother will see the bruises and the swelling and the red eyes and she’ll find something she doesn’t like. Something that can only be fixed by more latex gloves, more knives, more drugs, more more more.

Aren’t you tired of letting them do this to you?

“Shut up!” you scream, the noise bouncing around the bathroom, around your head.

“Torie!” your mother’s voice is sharper, closer. She’s almost here. She thinks you were yelling at her.

Oh, you’re going to be in trouble now.

What are you going to do about it? Because the girl in the mirror—she never does anything. Nothing but stare and cry. Which is what she’s doing right now. Pathetic. Just pathetic.

The mirror explodes around the girl in it, her bruised, swollen face contorted in shock as the world shatters, raining shards of glass down on you.

The girl in the mirror throws up her arms to protect her new face, the one that replaced the old face she already lost.

You throw your arms up to protect yourself as it all comes crashing down.

Pain slices into your arms, the top of your head, the noise is deafening as you fall, curling into a ball.

The girl in the mirror?

Well. There is no mirror. Not anymore.

Except for the long shard of it jutting out of your arm, your right arm, right in the meat of it between the elbow and the wrist.

Rivulets of red erupt from your arms. Something dark drips into your eyes from somewhere up on your head, probably in your hair.

They hurt. Oh, they do hurt, these little cuts. The bigger one, the one with the piece of glass sticking out of it—it hurts, too, a pulsing pain. You can feel the pain, feel it in the body. The one that is breathing through the pain. The one that is attached to your arm, your hand, your head, your lungs. It feels, to hurt like this. To feel real again.

Footsteps running, coming closer. “Torie! What did you do?” your mother screams, then you hear her yell to someone else, “Get the damned door open! Right now!”

Without meaning to, you catch yourself looking into that shard that’s cutting through your body and there she is, the girl in the mirror. She didn’t go anywhere. Blood runs down her face, into her eyelashes, over her pert little button nose, staining her lips red, her teeth monstrous. She’s bathing in it, but this? She did this to herself.

Finally, she did something herself.

She meets your gaze in that broken piece of mirror and this time?

And that, you won’t forget.

Sign up for the newsletter for updates, breaking news, and upcoming appearance, plus a bonus short story!